Azvi has signed the contract with Bane NOR (Norwegian public railway infrastructure manager) to carry out the rehabilitation of the old Ulriken railway tunnel in Bergen, within a period of 29 months. This tunnel was built in the 1960s and runs parallel to the new Ulriken tunnel.

The rehabilitation will consist of the widening of the tunnel section, at different points along the 7.6 km length. In order to carry it out, 38,000 m3 of rock must be excavated.

In the central 6.2 km of the tunnel, it will be necessary to blast more than 100 sections without dismantling the track. This is a great challenge for Azvi, for which it has designed an innovative technical proposal, which has been highly valued by Bane NOR.

The project is totally designed in a BIM environment, which information is available mostly in IFC and XML formats. The rehabilitation consists of expanding the tunnel section and subsequently covering it, leaving a space between the waterproofing and the rock to be able to drain the leaks from the mountain.

By having several layers, the tunnel section is a challenge for the control of the execution of the work.

The TcpTunnel Scan and TcpScancyr applications facilitated the control tasks and subsequent generation of the necessary documents to obtain quantity take-off, carry out execution control and stake out on site.

In addition, and as a requirement of the client, it was decided to purchase Topcon scanning robotic total stations to obtain scans of all phases of the work, in addition to being able to check in a minimum time the execution of the works without need to go through the office. In this way, control times are reduced, and at the same time that the work is controlled, the necessary results are obtained for the post-processing in the office. 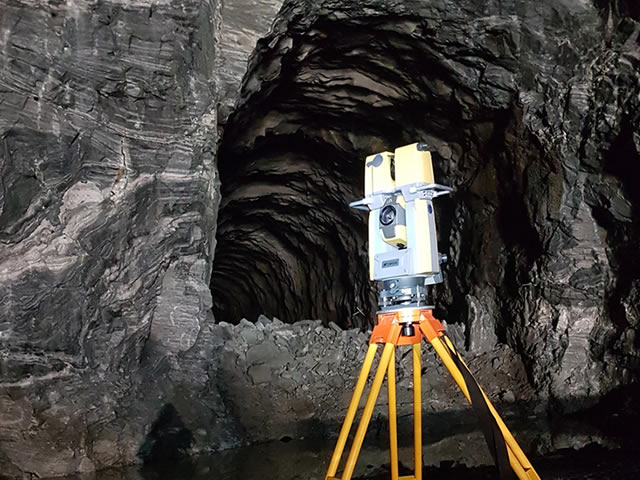 Aplitop solutions are worthy of a wide range of adjectives to stand out among them, useful, versatile and dynamic. Another plus point of Aplitop solutions are the constant improvements that they develop based on the suggestions received by customers and their extensive experience in the sector.